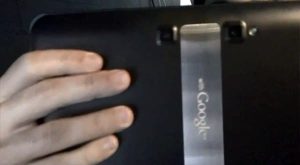 The elusive G-Slate from Lg seems to be shedding it media shyness and has once again been seen in a video. However, much like the previous video that we have seen of the upcoming tablet PC from LG, its way too little that has been revealed of the tablet and much of it is still shrouded in mystery.However, the one thing that the latest video has brought to the fore of the … END_OF_DOCUMENT_TOKEN_TO_BE_REPLACED 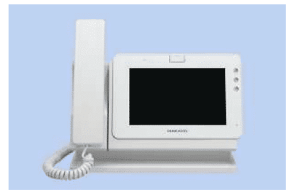 Here is an interesting tablet concept - a fixed phone that also comes bundled with a tablet device. The device that is yet to be given a name has been the creation of the Japan based telecommunication company Nakayo and is expected to go on sale in that country from the middle of this year itself.The device is powered by Android 2.2 Froyo and the one big advantage with the … END_OF_DOCUMENT_TOKEN_TO_BE_REPLACED 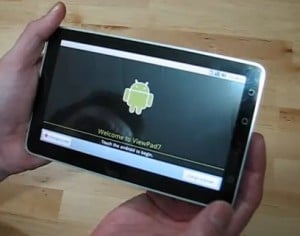 The 7 inch Android tablet that ViewSonic had launched sometime ago has been well received in Europe. For those who prefer numbers, shipments of the tablet is peaking at 50,000 to 60,000 units a month, as Digitimes points out. While these figures may look good, its way below what the toppers in the segment such as the Galaxy Tab is up to. Samsung recently reported having shipped … END_OF_DOCUMENT_TOKEN_TO_BE_REPLACED 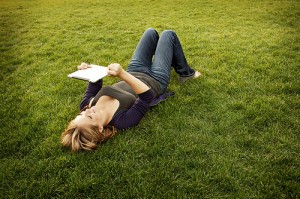 The rising popularity with ebooks in its many forms is kind of astounding! Amazon has just reported a few weeks ago that eBooks are outselling tangible books and retail giant Barnes and Noble is not meeting the same fate of rival Borders, due to the success of their ebook library and Nook e-Readers. A new study has been been conducted by iModerate Research Technologies and … END_OF_DOCUMENT_TOKEN_TO_BE_REPLACED

Recently CEO of Notion Ink Rohan Shravan conducted an interview with Notion Ink Addicts on some important details regarding what Adam owners can expect from the official services that NI will be providing, as well as some future tidbits.It looks like for content starved people looking for applications, books, movies and music will be launched around the middle of February. … END_OF_DOCUMENT_TOKEN_TO_BE_REPLACED 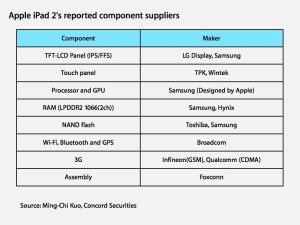 The iPad 2rumors continue to abound as we closer to April when a the new iPad 2 will be officially announced. In an recent interview with AppleInsider, the new Apple iPad is going to be using a ARM Cortex A9 1.2 GHZ Dual Core Processor, along with a with Imagination’s SGX543 dual-core graphics.Not only do we know the graphics and CPU processor the iPad will use, there is … END_OF_DOCUMENT_TOKEN_TO_BE_REPLACED 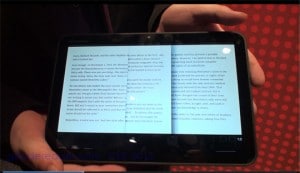 A few weeks ago we reported that a internal BestBuy leak had put the Motorola Xoom Android 3.0 Tablet PC in their stores around Feburary 17th 2011. Digitimes is confirming today that manufacturing plants are cranking out a ton of units in time for the early February launch.Motorola is betting to beat out their competitors that will be launching rival Android 3.0 PC's later … END_OF_DOCUMENT_TOKEN_TO_BE_REPLACED 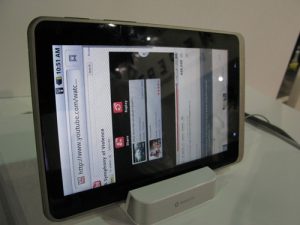 Good news for those who are looking for a budget tablet and won't mind hanging around with Android 2.2 Froyo. This notwithstanding the fact that the world has moved on to Android 2.3 and its the tablet specific version of Android, Honeycomb, that is being awaited next week.While the Enspert 201U tablet from Dynamism does not come packed with some of the most interesting … END_OF_DOCUMENT_TOKEN_TO_BE_REPLACED

Swiss company Logitech intends on focusing on the tablet computer segment in 2012 due to its impending decline of business in keyboards and mice, which traditionally have been a staple point of the company.Chief Executive Gerald Quindlen told Dow Jones News recently that "We are embracing tablets, they are a great opportunity, it's additive and we are going after it." He … END_OF_DOCUMENT_TOKEN_TO_BE_REPLACED

Many people who are early adapters of the Notion Ink Adam have been sending us emails, commenting on various forums and petitioning on our Youtube channel for many answers to common questions. We will endeavor in this article to explain some of the most common problems you will have and solutions to them.Why is my Picture Quality not so good on the Adam Camera?Many … END_OF_DOCUMENT_TOKEN_TO_BE_REPLACED

Change is in the air in the HP camp and the first thing they'd like to ensure is that their product gets inducted into a market pronto when they say they will officially launchMuch to the glee of HP fans in particular or tablet enthusiasts in general, the WebOS based devices that the company has lined up for a February 9 launch will become a market reality within just weeks … END_OF_DOCUMENT_TOKEN_TO_BE_REPLACED