You are here: Home / e-Reader News / eBooks Will Never Be This Expensive! 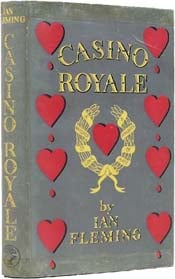 AbeBooks specializes in rare and collectible books and it has just published a listing of its most expensive sales in 2012. This is something that you will never find in the ebook market! Here they are:

At $47,729, a copy of Johann Bayer’s 1603 celestial atlas with 48 tables of the constellations.  According to AbeBooks, this was the first star atlas to cover the entire celestial sphere and introduced a new system of star designation.

At $46,000, is a first edition of Ian Fleming’s Casino Royale that was inscribed by Fleming.

At $30,000 is Franz Kafka’s novel Die Verwandlung (The Metamorphosis) in the original German edition.

Hat tip to infoDOCKET for the link.