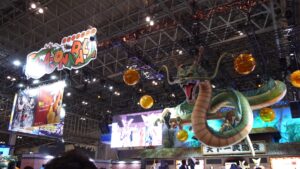 Jump Festa 2020 has just occured in Chiba Japan and it focuses on the manga industry. It is run by Shonen Jump and there were all sorts of figurines that were available to buy and lots of new things that were announced. One of them was the 2nd generation eOnebook by Progress technologies, that features a dual screen E Ink display and in Japan there are 21 different series that … END_OF_DOCUMENT_TOKEN_TO_BE_REPLACED 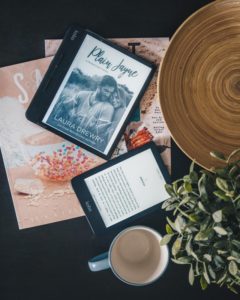 The 2010s will go down in the annals of history as the decade when everyone thought ebooks would kill print, but it never came to pass. Digital sales have stabilized and major publishers generate 20% of their quarterly revenue from ebook sales, audiobooks are on the rise, but represent a drop in the bucket when it comes to hardcover and paperback sales. What happened?When … END_OF_DOCUMENT_TOKEN_TO_BE_REPLACED 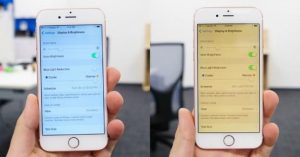 There has been a strong movement by Apple and Google to adopt warmer colors on the screen, to help you fall asleep faster. Common wisdom was that blue light was more disruptive to people's circadian rhythm than warm colors. Some past studies have suggested that blue light suppresses melatonin, a hormone that influences sleep. This might not be the case, according to a new … END_OF_DOCUMENT_TOKEN_TO_BE_REPLACED 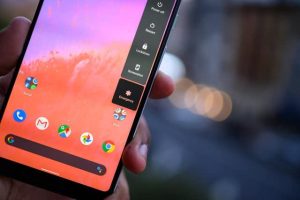 Google Play had a massive year when it came to digital downloads on e-readers, smartphones and tablets. There were over 116 billion app downloads on Google Play, which sets an all-time record. The other big thing that occured in 2019 was the release of Android 10, which was built around three important themes. First, Android 10 is shaping the leading edge of mobile innovation … END_OF_DOCUMENT_TOKEN_TO_BE_REPLACED 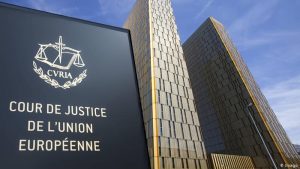 Publishers all over Europe have been fighting Tom Kabinet since 2014 and the European Court of Justice has issued a ruling, reselling used ebooks is illegal. It is basically a violation of copyright law. Tom Kabinet stated that the first sale doctrine should apply to ebooks and users should be able to do whatever they want with them, after they are legitimately purchased. … END_OF_DOCUMENT_TOKEN_TO_BE_REPLACED 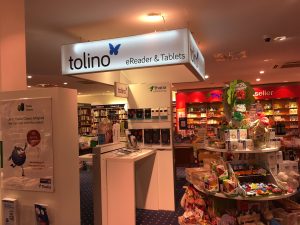 Germany plans on lowering the VAT on ebooks from 19% to 7% starting in January. This VAT reduction was made possible by the passing of the VAT Directive from 2018, which created the possibility of equal tax treatment for printed and digital publishing products. Germany is the second country to officially announce a change to the VAT policy for ebooks. The Netherlands was the … END_OF_DOCUMENT_TOKEN_TO_BE_REPLACED 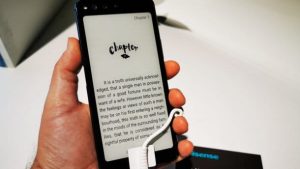 The Hisense A5 is one of the most interesting E INK smartphones because it was going to retail for $150 and features 5.8 inches E Ink Carta display with a resolution of 640×720 and you will be able to adjust the screen brightness with the built in front-lit system, but it does not have amber LED lights. Underneath the hood is a Qualcomm 660 Octa-core processor, 4GB RAM and 64GB … END_OF_DOCUMENT_TOKEN_TO_BE_REPLACED 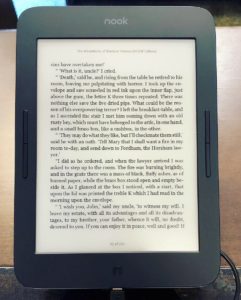 Barnes and Noble is running a sale on their latest generation Nook Glowlight Plus 7.8. They have slashed 20% off the regular price and is available in-store and online for $159. This discount is lower than their Black Friday promotion, so now is the time if you are thinking about buying this e-reader.The Nook features a E Ink Carta HD 7.8 inch display with a resolution of … END_OF_DOCUMENT_TOKEN_TO_BE_REPLACED 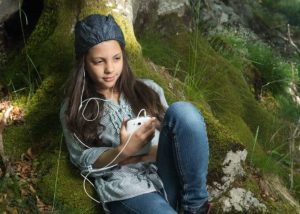 Don Katz founded Audible in 1995 and turned it from a scrappy startup to the biggest audiobook retailer in the world. He sold the business to Amazon in 2008 for $300 million and remained the outspoken CEO, but it is time for a change. Starting on January the 2nd, media and publishing veteran Bob Carrigan will be the new CEO.Carrigan most recently was executive chairman of … END_OF_DOCUMENT_TOKEN_TO_BE_REPLACED 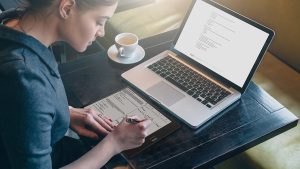 The Onyx Boox Note 2 and the MAX 3 are receiving their first big firmware update and version 2.2.2 will allow users to take notes in digital comics and ebooks. They have also optimized the speech recognition interface, and add punctuation input. New features 1. Allow scribbles for flow documents. The pages with scribbles can be exported from TOC (do not support embedding … END_OF_DOCUMENT_TOKEN_TO_BE_REPLACED 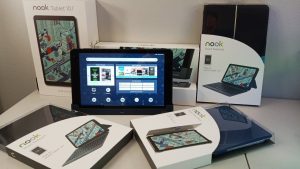 Barnes and Noble has been making Nook e-readers for a decade and they are one of the last ones from the early days still developing Nook products. This includes e-readers, tablets and accessories. The largest bookseller in the US is still going to compete in this segment, but what is next for the Nook?The Barnes and Noble Nook used to be a billion dollars business early in … END_OF_DOCUMENT_TOKEN_TO_BE_REPLACED