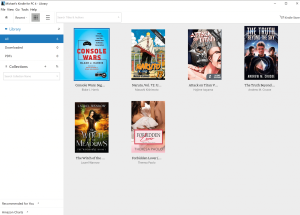 Amazon Kindle for PC is a program that lets you manage your ebook library in a Windows environment and has been around for close to a decade. There is an option in the settings menu to turn automatic updates off, but Amazon is forcing users to upgrade to the latest version anyways. It is possible to rollback the update, but it will end up upgrading anyways.One of the … END_OF_DOCUMENT_TOKEN_TO_BE_REPLACED 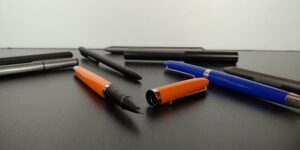 There are hundreds of stylus that are designed for WACOM enabled E INK digital note taking devices. There have been dozens of new devices that have been released this year, such as the Remarkable 2, Onyx Boox Note Air and the Supernote A6X. A good stylus is critical for freehand drawing, taking notes or editing a PDF file. Most devices come with a free stylus, while others … END_OF_DOCUMENT_TOKEN_TO_BE_REPLACED 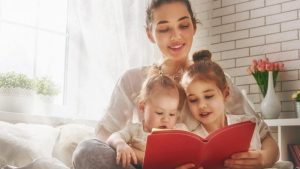 We all know how important storytime is with infants and small children. It strengthens the bonds with the parent and ensure your child’s success. Reading to young children is proven to improve cognitive skills and help along the process of cognitive development. Cognitive development is the emergence of the ability to think and understand; it’s “the construction of thought … END_OF_DOCUMENT_TOKEN_TO_BE_REPLACED

Onyx Boox has released a handful of new devices this year, including the Max Lumi and the popular Note Air. A couple of days ago the company unveiled the Note 3, which is a high spec 10.3 inch e-note with a front-light, color temperature system and Android 10. On the same day, they also announced the Nova 3, which is available now. Will you buy either of these two digital note … END_OF_DOCUMENT_TOKEN_TO_BE_REPLACED 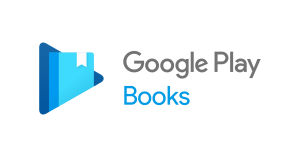 Google Play Books has been doubling down on their ebook infrastructure for the past month. They recently unveiled a 70% commission rate for publishers and indie authors. The platform is now focusing on the promotional aspect and has just launched Promo code campaigns, which can be used to offer select customers a discounted print book, ebook or audiobook without lowering the … END_OF_DOCUMENT_TOKEN_TO_BE_REPLACED

Barnes and Noble was hacked a couple of weeks ago and they were a victim of a malicious ransomware attack from a group called Egregor. They have published 1% of database they hacked and are making the entire dump available on the darkweb. Barnes and Noble refused to pay the ransomware and instead restored their database and files. This is why it is taking so long for Nook … END_OF_DOCUMENT_TOKEN_TO_BE_REPLACED 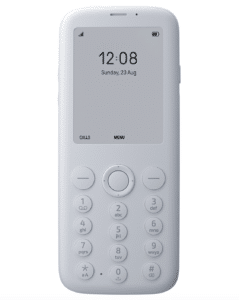 The Mudita Pure E INK phone is a very simple device, when compared to feature rich phones issued by Hisense or Yotaphone. This device is a basic phone and not a smartphone. It was designed to receive phone calls and send text messages, with no distractions of social media. They did develop a custom app called Meditation Timer, which is basically a breathing exercise that will … END_OF_DOCUMENT_TOKEN_TO_BE_REPLACED 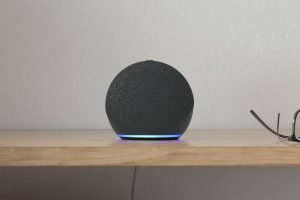 Amazon Alexa has added some new functionality to discover new ebooks. Now, customers can simply say “Alexa, what should I read next?” to get a book recommendation based on personalized, top-selling or trending books from over 20 million Audible, Kindle or print titles. The conversational experience allows customers to ask for specific genres or authors, listen to book … END_OF_DOCUMENT_TOKEN_TO_BE_REPLACED

Barnes and Noble experienced an outage a couple of weeks ago, due to a cyber attack on their entire online infrastructure. They did not say anything about the downtime, until too many people were reporting it on Facebook and Twitter. The bookseller finally released an official statement and mainstream media, finally picked up on the story.The Nook services are still not … END_OF_DOCUMENT_TOKEN_TO_BE_REPLACED 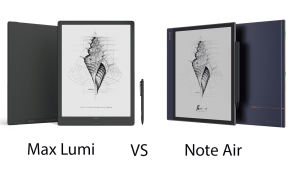 The Onyx Boox Note Air is one of the most financially successful digital note taking devices of 2020. There has been such strong demand, that it has sold out three times, in less than a month. This really shows how an all new design and refined stylus can resonate with so many people. Not to mention, it is very affordable, it retails for $479. Meanwhile, the Max Lumi is likely … END_OF_DOCUMENT_TOKEN_TO_BE_REPLACED 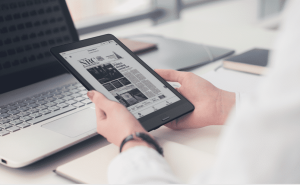 The Onyx Boox Nova 3 is a brand new 7.8 inch digital note taking device and e-reader. This device is 33% faster than the Onyx Boox Nova 2, this is primarily due to the new processor and DDR4X RAM. The big selling points are Android 10, which provides better security for your device and also Google Play. It is available now from the Good e-Reader Store for $339.The Onyx Boox … END_OF_DOCUMENT_TOKEN_TO_BE_REPLACED